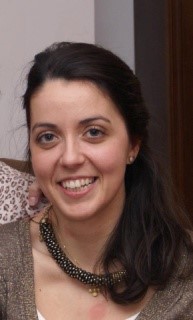 Katerina Galani studied history and archaeology at the University of Athens. She continued her postgraduate studies in Economic and Social History (M.Sc) at the University of Oxford, Wolfson College. In Oxford, she also completed her doctoral thesis under the supervision of Knick Harley with the title  “British Shipping and Trade in the Mediterranean in the Age of War, 1770-1815”. She has participated in research projects on maritime, financial and economic history and she has several publications in journals and collective volumes.  She was awarded a Junior Research Fellowship at St Antony’s College, Oxford, and the Institute of Historical Research in London by the Economic History Society.

Currently, she is a postdoctoral researcher at the Ionian University in Corfu where she teaches Economic History and Maritime History and runs the three-year research project “Greek Shipping in the Age of Revolution: naval and merchant fleet, 1821-1831” funded by the Stavros Niarchos Foundation.

Margaret E. Schotte is an assistant professor of history at York University in Toronto, Canada. (www.margaretschotte.com) She is a specialist in early modern history of science and the history of the book. She holds a B.A. from Harvard University, an M.A. from the University of Toronto, and a Ph.D. from Princeton University (where she was supervised by Anthony Grafton) titled “A Calculated Course: Creating Transoceanic Navigators, 1580-1800″.

Her current project, based on her doctoral dissertation, investigates how early modern sailors developed mathematical and technical expertise in the age of exploration and the print revolution. Schotte’s monograph, entitled Sailing School: Navigating Science and Skill, 1550-1800, is a comparative study of the development and dissemination of Dutch, English, French and Spanish navigational practices. She draws upon hundreds of dog-eared textbooks and salt-stained student manuscripts to recover the perspective of anonymous sailors and their eccentric teachers, enriching our picture of how they actually learned to sail, a complex apprenticeship that took place not only on board ship but in small classrooms in Europe’s port communities. This book sheds light on what it meant to be an expert navigator during the Scientific Revolution – and how those experts in turn helped popularize mathematical and technical knowledge in their local communities and beyond.

Schotte has also written about the history of logbooks, Samuel Pepys as a maritime historian, and has reconstructed the library of one of the first hydrography teachers in New France. Her articles have been published in Book History and Information & Culture.

His research focuses on seafarers, particularly British sailors during the sixteenth, seventeenth and eighteenth centuries. In studying the lives of these highly mobile people along their international (and sometimes global) trajectories, and their interactions with communities and governments ashore, he seeks to analyse professional and regional identities, social relations and authority, and popular culture and popular politics in the early modern period.

His Ph.D. thesis titled “The London & Thames maritime community during the British civil wars, 1640-1649″ discussed British seafarers during the civil wars of the 1640s, and he is co-authoring an introductory overview to the British civil wars at sea with Dr Elaine Murphy. He has published articles and book chapters on piracy, mutiny, seafarers in popular politics, and maritime law, and has forthcoming publications on sailors’ economic agency and Atlantic history. He is also a Trustee of the British Commission for Maritime History, a member of the Research Committee of the Society for Nautical Research, and an advisor to the voluntary digital project MarineLives.